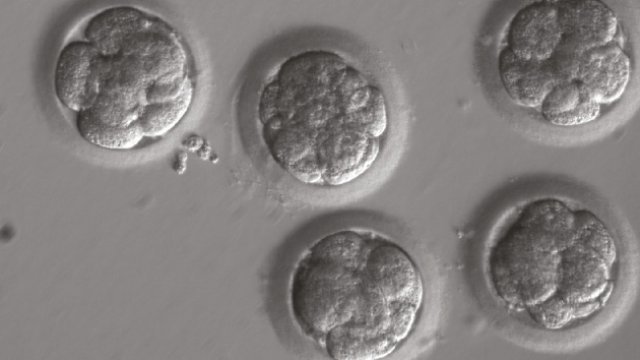 SMS
New Gene-Editing Techniques Might Not Be As Foolproof As We Thought
By Tyler Adkisson
By Tyler Adkisson
October 4, 2017
CRISPR gave scientists the first chance to genetically engineer human embryos. But as new methods surface, researchers question which is best.
SHOW TRANSCRIPT

If you follow science news, you might've heard of the high-profile studies about a tool called CRISPR. Media outlets have followed CRISPR's development closely because scientists have shown it can cut out and replace DNA that causes hereditary diseases.

Some media outlets say we're "nearly ready to use CRISPR to target far more diseases" than those we've worked on in trials. But some scientists warn we still haven't shown we can do that safely or efficiently.

For instance, in August, researchers published a landmark CRISPR study where they claimed to fix DNA that causes a fatal heart disease. But when a group of independent researchers looked into the report, they found the study's authors may have removed too much healthy DNA with the bad stuff, which could cause more genetic damage than it was supposed to fix. 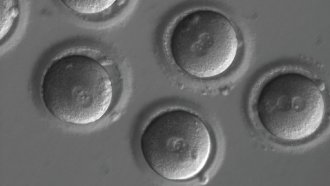 So some researchers are trying to modify CRISPR for even more efficient techniques, like "base editing." While base editing still uses the same tools as CRISPR, it doesn't actually cut out bad DNA. Instead, its creators said it can edit the faulty building blocks of DNA without replacing them.

Some outlets said the new technique was "more precise than CRISPR" because it fixed hereditary problems in 40 percent of embryos. That was relatively more successful than CRISPR but not enough for clinical trials.

Although it's probably too early to say that we'll use this technology soon, it will likely be a promising part of our future.