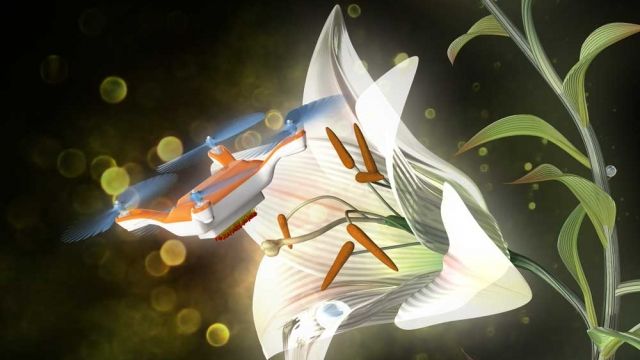 Velcro, Penicillin and the microwave are proof that scientific progress sometimes happens by mistake. Now, a new, sticky gel can be added to that list — one that could someday be used to pollinate plants.

This hairy, sticky, wax-like gel was originally created to be an electrical conductor, but the researcher who created it deemed it a failure. Now, a decade later, he may have found another use for it.

Inspired by the recent decline in honeybee populations, Dr. Eijiro Miyako explored whether the gel was just sticky enough to pick up and deliver pollen. He took horse hair — which mimics the fuzzy exterior of bees — coated it with the gel and attached it to the underside of a tiny, four-propeller drone. He found that the robot could absorb and distribute pollen as it moved from flower to flower. 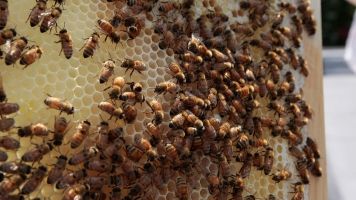 The idea is this pollen-carrying gel could eventually be attached to something like Harvard University's RoboBee, which mimics how bees fly and creates swarms of artificial pollinators.

But for now, that technology is still very distant. Some scientists predict we won't see artificial pollinators in the field for at least another 20 years.