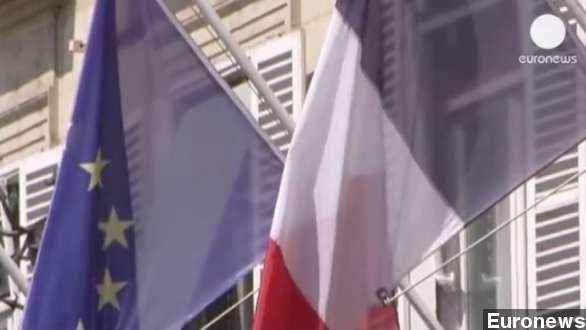 SMS
New French Policy: No Work Calls After Hours
By Zach Toombs
By Zach Toombs
April 9, 2014
About 1 million French workers in the tech and consultancy sectors will be free to ignore work calls and emails during off hours.
SHOW TRANSCRIPT

A lot of workers worldwide will tell you their workweek is not limited to just 9-to-5. Outside regular hours, there are phone calls from the boss, texts to respond to and email inboxes to check. Now, many French workers won't have to worry about that.

Last week, employer groups and workers unions from France's tech and consultancy sectors signed a legal agreement to let workers unplug during off hours. (Via Euronews)

This means workers and managers in those industries now have the right to ignore work-related messages at home. No more off-the-clock work calls.

France already keeps a slightly slimmer 35-hour workweek, as mandated in a 1999 law. The Guardian notes this new policy affects workers at the French branches for Google, Facebook and PricewaterhouseCoopers.

Oddly enough, there was no trace of this story on major French outlets like Le Monde. But the U.K. press was all over it. Funny how that happens. (Via The Independent, The Times)

Now, critics of the policy say it eats away at free-market principles. Supporters say it's a workers' rights issue. Either way, it's hard to deny that smartphones are helping the workweek work its way into home life.

This 2013 study from the Center for Creative Leadership with a really sad photo on its cover says workers with smartphones interacted with their office 72 hours per week on average.

Over the past few decades, U.S. workers have greatly heightened productivity — largely with technology's help. But somehow, that productivity's been translating into more hours at work, not less. (Via CNN)

About 1 million French employees are affected by the new policy. That's just a small fraction of its total workforce of about 40 million, but the plan's supporters say this could be a model for other sectors of the French economy.