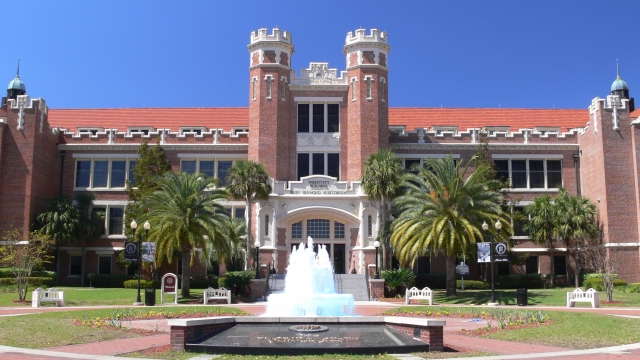 A new Florida law imposes harsher penalties on people who plan or carry out acts of hazing. "Andrew's Law" is named for Florida State University student Andrew Coffey, who died of alcohol poisoning in 2017 after he drank too much at a fraternity party.

Andrew's Law went into effect Tuesday. It builds on the 2005 Chad Meredith Act, which made hazing that results in serious injury or death a third-degree felony. The new law allows for sorority and fraternity leaders to be held criminally liable for any hazing that occurs under their watch, even if they weren't present.

The law is also novel in that it grants immunity to people who request medical assistance and remain on the scene until help arrives. When Coffey died, bystanders reportedly didn't call authorities out of fear they'd be prosecuted, even though FSU has a medical amnesty policy.

Hazing is also being targeted at the federal level. Earlier this year, lawmakers introduced a bill called the End All Hazing Act, which aims to increase transparency and accountability for all student organizations.

The bipartisan bill would require schools to maintain a website that catalogs groups disciplined for hazing or other misconduct. It would also require institutions to report allegations of hazing within 72 hours. The bill's authors say it could ensure students can continue to participate in extracurricular activities without fear of being hazed.