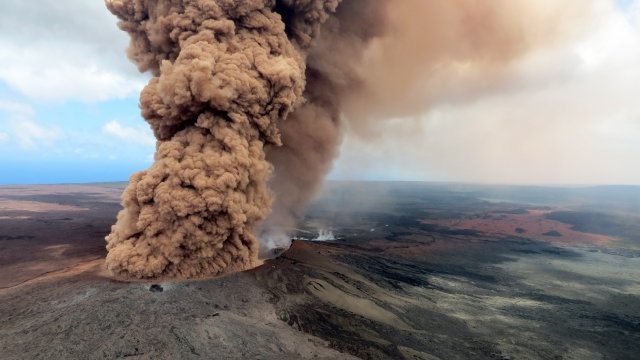 More people on Hawaii's Big Island have been ordered to evacuate after new cracks opened up and began exploding lava.

Hawaii County Civil Defense reported the latest of the fissures opened up on private property Sunday. In total, it says 18 fissures have opened on the island since the Kilauea volcano erupted earlier this month.

Since then, dozens of buildings have been destroyed and nearly 2,000 people have evacuated.

Officials have warned that more eruptions could follow and possibly spread ash plumes from the volcano's summit for 12 miles.

Over the weekend, a fissure opened up near a geothermal energy plant. Although lava flow reportedly stalled, officials have reportedly removed 60,000 gallons of flammable liquids from the plant just in case.