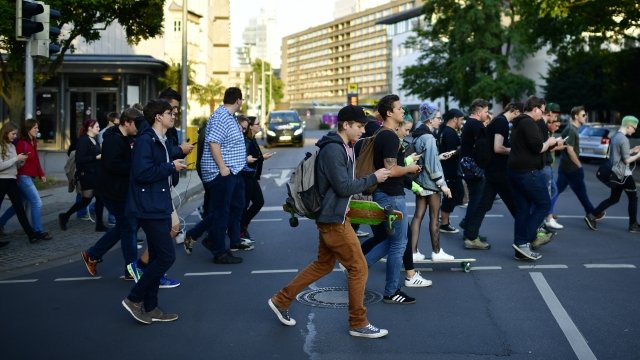 Distracted driving can be very dangerous, but distracted walking can be, too. And now, Honolulu is trying something to stop it.

The city put a new law into effect Wednesday that makes it illegal for pedestrians to stare at a cellphone, tablet or any other electronic device while crossing the road — unless they're calling 911.

Minimum fines for breaking the new law start at $15. And repeat offenders will cough up between $75 and $99.

Honolulu appears to be the first major city in the U.S. to pass a law like this. According to The New York Times, several states debated similar legislation, but nothing passed. 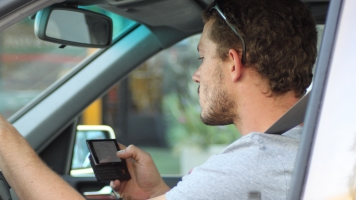 But a few places in Europe have tried to make distracted walkers safer.

In 2008, London's Brick Lane padded its light posts to reduce the risk of injury if someone slams into one mid-text.

And towns in the Netherlands and Germany installed so-called "traffic lights" on the pavement so pedestrians glued to their phones know when it's safe to cross.

It's unclear how authorities in Honolulu plan to enforce the law. But the city could be a testing ground for a national solution. The Governor's Highway Safety Association estimated the number of pedestrians in the U.S. killed in 2016 rose to nearly 6,000.