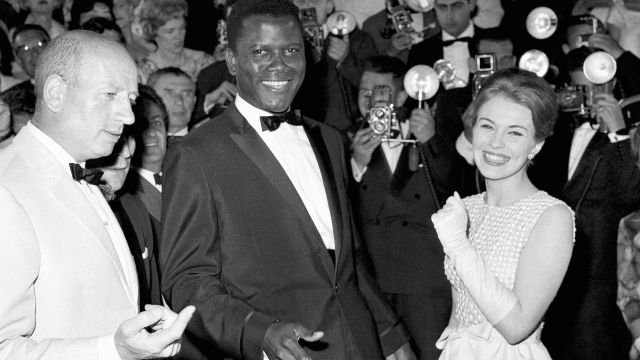 Ninety-three-year-old actor and filmmaker Sidney Poitier is one of the most celebrated figures in Hollywood. Among several awards and a filmography that spans all the way to 1946, Poitier is now also the namesake for Arizona State University's New American Film School.

Tiffany Ana López, Vice Provost for Inclusion and Community Engagement at Arizona State University: "A film school named for an historic innovator who pushed for excellence in his field by thinking about social justice and community."

Poitier's work in film is highlighted by his advocacy for diversity and inclusion both on-screen and off. In 1963, he became the first Black man to win the best actor Oscar for "Lilies of the Field." In the years following, he used his platform to fight against racist stereotypes in entertainment and support the civil rights movement.

Beverly Poitier-Henderson, a daughter of Sidney Poitier: "People saw a Black man who was not a butler, who was not a criminal — someone that they could relate to."

Arizona State University says it has invested millions of dollars into its new film school, hoping to make the pathways to the entertainment industry more accessible and inclusive.

Sydney Poitier Heartsong, a daughter of Sidney Poitier: "He fought so that others could be included as well. He wanted to see his story and his likeness represented on screen. And he was also keenly aware of the fact that that wasn't going to fully happen in the way that it should happen unless there were people also behind the camera."