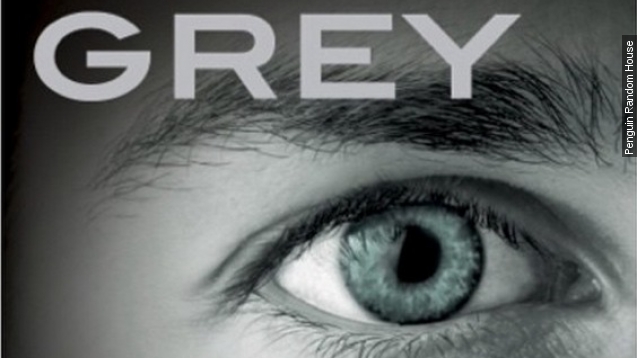 Just when you thought it was over. Author E.L. James isn't finished with her "Fifty Shades of Grey" series.

And it's the exact same story she's been telling for the past several years, just from the point of view of the character Christian Grey. (Video via Focus Features / "Fifty Shades of Grey")

In a statement to The Hollywood Reporter, James said: "Christian is a complex character. ... As anyone who has ever been in a relationship knows, there are two sides to every story."

And while this might seem completely ridiculous, here's how James' new installment could net her major bucks.

First off, fans have apparently been asking for this for years, to which James said on Twitter back in 2014, "Never say never!"

Second, it doesn't matter if you thought the trilogy was poorly written. More than 125 million copies of the series have been sold, making it "one of the most successful publications in the history of book publishing."

And USA Today reports the first novel, "Fifty Shades of Grey," has spent a whopping 21 weeks at the No. 1 spot on its best-seller list since 2012.

Oh, and the movie version of the book? It did relatively well, too.

The film made almost $570 million worldwide at the box office this spring after millions of people flocked to watch Christian's "Red Room of Pain" come to life. Movie versions of the two book sequels are already in the works. (Video via Focus Features / "Fifty Shades of Grey")

The new book "Grey" is set to be released June 18 in honor of Christian's birthday. Am I the only one who didn't know he had one?