New Evidence To Be Presented In 'Serial' Case 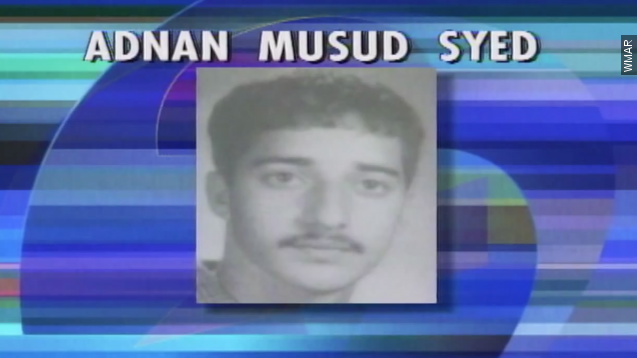 A court will hear testimony from a witness that could provide an alibi for Adnan Syed for the murder he was convicted of.

Adnan Syed will get another day in court. (Video via WMAR)

Syed, the subject of the popular podcast, "Serial," is serving a life sentence for the 1999 murder of his high school girlfriend, Hae Min Lee. (Video via WMAR)

Now, a Baltimore circuit judge has granted a hearing that will allow Syed's new legal counsel, C. Justin Brown, to prove mistakes were made in the first hearing.

The new hearing will focus on two issues, both of which were major subjects of the podcast and have to do with the quality of Syed's defense in the first trial.

One issue is an alibi witness who attended Woodlawn High School with Syed and says she saw and talked to Syed at a public library at the time of the murder. The witness says she was never contacted by Syed's legal team for the first trial.

The other issue has to do with the accuracy of cell phone tower records used to place Syed at the crime scene. A note was recently discovered from AT&T that warned some of the data could be considered unreliable information.

The Maryland Deputy Attorney General has argued against requests for a new hearing and told The Baltimore Sun that reopening the legal proceedings is "inconsequential theater and not in the interest of justice.” (Video via University of Maryland, Baltimore)