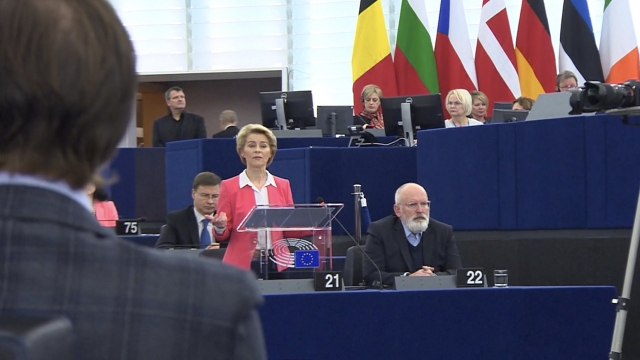 The new president of the European Commission was formally voted into office Wednesday, and Ursula von der Leyen pledged to make climate change a key focus.

She plans to introduce the European Green Deal during her first 100 days in office. She said climate change is an existential threat and promises to enact changes aimed at making Europe the first climate neutral continent.

"But all of this has to serve the European people. They want and expect Europe to act on climate and environment. But they also need affordable, clean and secure energy. ... And we have to make sure that those needs are fulfilled in a sustainable way," von der Leyen said.

During her speech Wednesday, she also emphasized the need for Europe to focus on digital growth and cyber security.