New Security Measures Around The Eiffel Tower Are Almost Complete 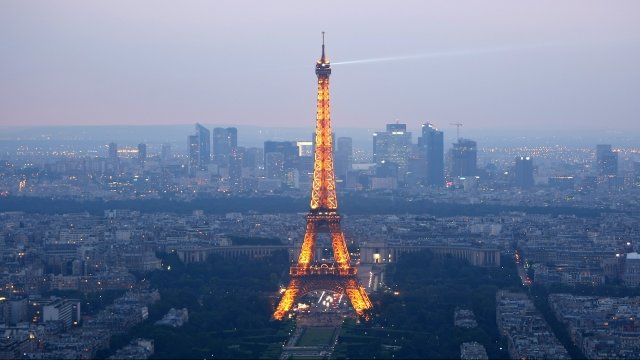 SMS
New Security Measures Around The Eiffel Tower Are Almost Complete
By Katherine Biek
By Katherine Biek
June 15, 2018
Some news outlets were given a sneak peek at the bulletproof glass walls and metal fencing that will surround the Parisian monument.
SHOW TRANSCRIPT

French officials are gearing up to unveil new security measures that have been constructed around the Eiffel Tower.

Some news outlets were given a sneak peek Thursday at the thick bulletproof glass walls and metal fencing that will surround the Paris landmark. Vehicles will reportedly be unable to ram through the glass walls, which are 10 feet tall and over 2 inches thick.

ABC News reports French police officers and soldiers have patrolled the site of the tower constantly since terror attacks in 2015 killed 130 people in Paris and a northern suburb.

The new security measures — which cost more than $40 million — are replacing temporary barriers that were installed around the Eiffel Tower in 2016.

Construction on the bulletproof walls and fencing is expected to be finished by sometime in July.