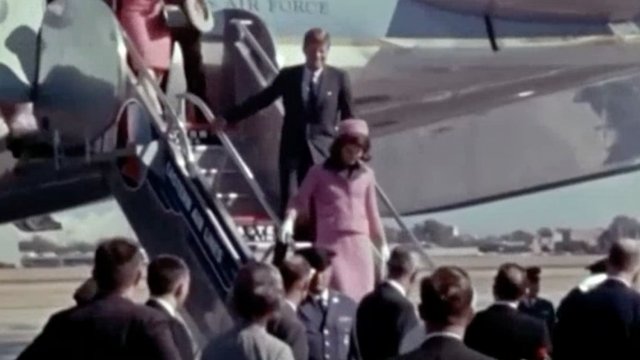 SMS
The Secret CIA Docs About JFK's Murder Aren't As Exciting As You Think
By Eugene Daniels
By Eugene Daniels
August 10, 2017
But they do prove that even some in the agency doubted the official story.
SHOW TRANSCRIPT

We all know the official story of President John F. Kennedy's assassination. A loner named Lee Harvey Oswald bought a cheap rifle, went to Dallas and shot the president. And he did it without any help.

But newly released documents by the National Archives shed light on one thing: some in the CIA worried that story might not be the whole story.

Here are some of the most interesting things we found out from those documents: important CIA officials were worried the CIA, the FBI, the United States Secret Service and the Warren Commission didn't look into Oswald's contacts with foreign agents.

Specifically, contacts Oswald had on a trip to Mexico — a woman who worked at the Cuban Consulate, who was never interviewed by investigators, and a KGB assassination expert. Keep in mind — the agency has revealed before they were actually surveilling Oswald while he was on this Mexico trip.

The docs also present a pretty interesting theory on why Oswald may have shot the president. It says Oswald was reading an article in the newspaper on Sept. 9, in which then-Cuban President Fidel Castro alleged the United States was plotting to kill him. Oswald then got the idea to kill President Kennedy as retaliation. And we know the CIA made multiple attempts to assassinate Castro.

The internal memo says that article "must be considered of great significance in light of the pathological evolution of Oswald's passive/aggressive makeup" and "his identification with Fidel Castro and the Cuban revolution." 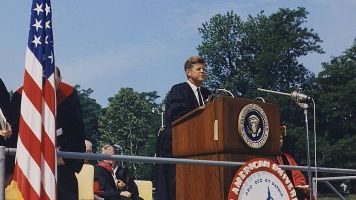 'What You Can Do For Your Country': JFK's Words In Today's World

So, did we just find out key facts that will forever change the story behind Kennedy's assassination? Sorry, but no. What it does show us is folks in the CIA were skeptical of the early findings from the Warren Commission and never said anything. Most likely because the agency wanted to keep conspiracy theories about the assassination out of the public sphere.

It's been revealed before the FBI and CIA lied to the Warren Commission, likely to hide those Castro assassination attempts. In 2013, the CIA's own historian said the agency was involved in a  "benign cover-up" during the investigation to keep the commission focused on "what the Agency believed was the 'best truth.'"

So far, this is all interesting but doesn't completely rewrite the official story. However, there are 3,100 more Kennedy assassination documents that must be released by October, a deadline implemented in 1992. And the only person who can stop the release? President Donald Trump. And government officials tell Politico that agencies are expected to push to stop the release of some of the documents.