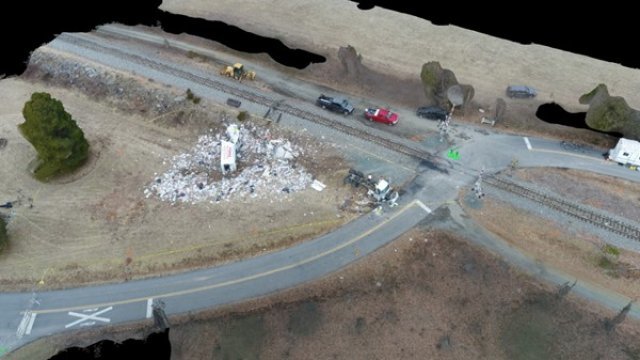 A preliminary report says a garbage truck was on the train crossing before the vehicle was hit by a train carrying GOP lawmakers.

A preliminary report has new information on the January crash between a garbage truck and a train carrying Republican members of Congress.

The National Transportation Safety Board says a camera on the train shows the truck was on the train crossing and the safety gates were lowered. Witnesses told the NTSB the train drove onto the crossing when the gates were down.

The train was going about 60 miles per hour before hitting the emergency breaks. The NTSB said the crossing had "advance warning signs," like bells and lights to show a train was coming.

Officials say they're still investigating the probable cause of the crash, which happened about 130 miles southwest of Washington, D.C. One person in the truck was killed. Two in the truck and several others on the train were injured.

The train was taking GOP members to a political retreat in West Virginia.