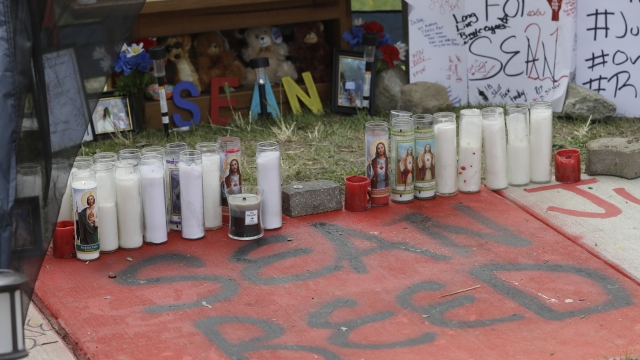 After weeks of demonstrations, protesters in Indianapolis got some welcome news: the name of the officer involved in the death of Dreasjon Reed.

According to police, the officer who fired the fatal shot was Dejoure Mercer, a four-year veteran with zero prior disciplinary issues. The department did not release his photo.

Police say that on May 6, Reed led officers on a 90-mile-per-hour vehicle pursuit before exiting his car and firing a weapon.

His family’s attorney denies Reed ever fired a weapon. The department told reporters that officers had received death threats.

There were also complaints it took nearly a month to appoint a special prosecutor in the case.

“Ryan Mears, the Marion County prosecutor, filed the paperwork to ask for a special prosecutor to be appointed in the case shortly after Dreasjon was murdered because there was a lot of conflicts of interest,” said Ebony Chappel, Radio Host for WTLC’s Open Lines.

That newly appointed prosecutor said Wednesday that for the interests of all involved, the investigation should be turned over to the Indiana State Police.

But community leaders say things like that should be part of a uniform set of rules for when an officer is involved in a shooting.

“One thing that could be implemented is a universal understanding of when a special prosecutor needs to be appointed and have a deadline on when that needs to happen. Also have a uniform policy around collecting evidence. There is absolutely no reason why body cameras are not utilized by every police department in this country,” Chappel said.

That’s something the White House tells Newsy they are working on but were light on specifics.

The administration is, however, working closely with the GOP’s only black senator, Tim Scott, on reform.

“If history is a teacher, the president has been receptive for the last three years on the priorities that I've brought to him,” said Scott.

His plan calls for police departments to report the use of deadly force or serious injury to an FBI database.

Regardless of what Washington does, activists say transparency will increase, even if it’s done locally.

“One of our members has started a website called the IMPD transparency project. That website is still under construction. But for now, you can go to the website, you can search for an officer that you had an involvement with, you can search their badge number, and it also can give them clear steps on how to file a complaint,” said Louise.