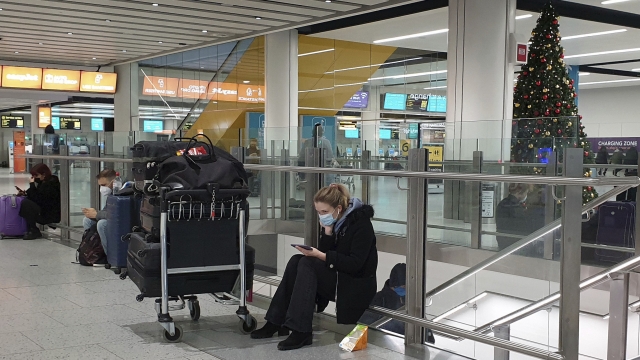 International health bodies are investigating a new strain of the coronavirus — reportedly spreading in southern England.

The World Health Organization tweeted it's "in close contact with U.K. officials on the new [COVID-19] virus variant."

The new strain has not yet been detected in the U.S.

The nation's surgeon general... Dr. Jerome Adams... told CBS Sunday that "viruses mutate all the time" and it may not be anymore dangerous than current strains. He added the new strain "doesn't change anything we've been telling" the American people.

"Right now, we have no indications that it's going to hurt our ability to continue vaccinating or that it's anymore dangerous or deadly than the strains that are currently out there and we know about."

"It does not change what we do in terms of precautions. Masking, keeping physical distance and washing our hands — these are still the pillars."