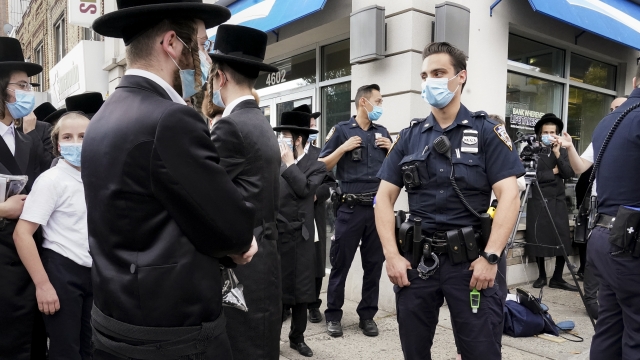 This was the angry reaction in the Orthodox Jewish community in Brooklyn's Borough Park after New York re-imposed restrictions in the neighborhood to combat a spike in COVID-19 infections.

Since Oct. 1, the rate of positive COVID-19 tests jumped to 18 percent in some Brooklyn neighborhoods, more than four times the citywide average. But the new restrictions infuriated many in Borough Park. Some complained they undercut religious freedoms as they were celebrating a Jewish tradition known as the Feast of Tabernacles.