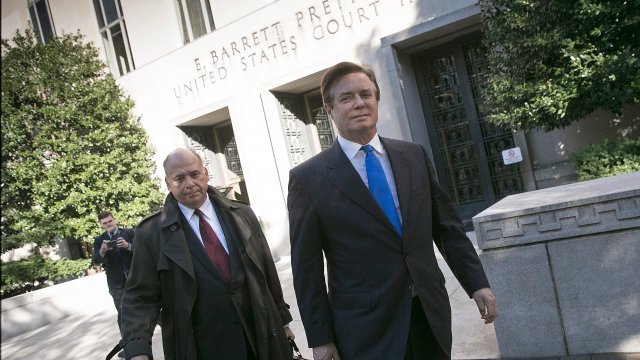 Thanks to a filing mistake, we now know a lot more about what Paul Manafort told special counsel Robert Mueller's investigators.

Manafort's attorneys filed a response to an accusation from Mueller's office that Manafort lied after striking his plea deal with investigators. That response was supposed to be redacted, but it wasn't done properly.

In the filing, Manafort's attorneys confirmed that he discussed a Ukrainian peace plan while he was actively working on then-candidate Donald Trump's presidential campaign. That's a concern because that plan likely involved Russian intervention in the region. The filing also says Manafort met and shared polling data with a man linked to the Russian intelligence agency while working on the campaign.

Those details demonstrate the strongest publicly-known ties between Russia and the Trump campaign to date.

This information came out in connection to Manafort's guilty plea in Washington, D.C. His sentencing for two counts of conspiracy is currently set for March 5.