New Corvette Can Secretly Record Convos And Get You Arrested 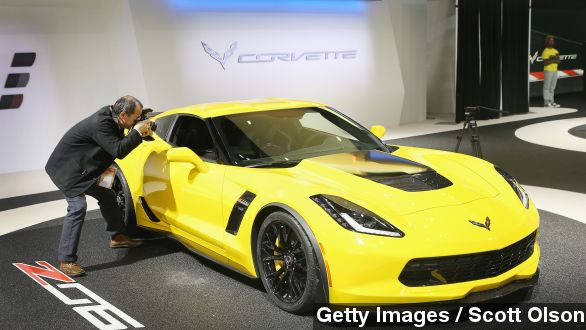 The 2015 Corvette features valet mode – which allows the owner to secretly record audio and video – but in many states that practice is illegal.

The 2015 Corvette comes with 650 horses, a supercharged V8 engine under the hood and a feature called Valet mode.

"It's not always easy to give up the keys, especially when we've all heard horror stories about valets behaving badly."

Along with being able to lock your entertainment system and compartments in your car, valet mode can also record what happens in the car while your gone, that includes audio.

The problem is, in plenty of states all over the country secretly recording audio of another person's conversation without their consent is a felony.

Valet mode is not exclusive to the 2015 Corvette but recording video and audio is. According to CBS, the technology was originally developed to help race car drivers improve their driving technique.

The valet mode was introduced in August with many praising the new feature. Gizmag writes it "gives owners peace of mind."

But fast forward about a month and the tune is a little different. This month, dealerships across the country reportedly received a letter from General Motors notifying them the Valet feature might not exactly be legal.

The letter was later posted on CorvetteForum.com "To help our customers use the Performance Data Recorder (UQT) consistent with legal requirements that pertain to audio recording devices, we will be requiring a very important update to the system of each affected vehicle in the near future. ... [Dealerships] must advise any customers ... they should refrain from using the Valet Mode until the update takes place."

According to General Motors, the company is working on an update that will fix the huge legal problem but the letter does not explain what exactly the update will do.