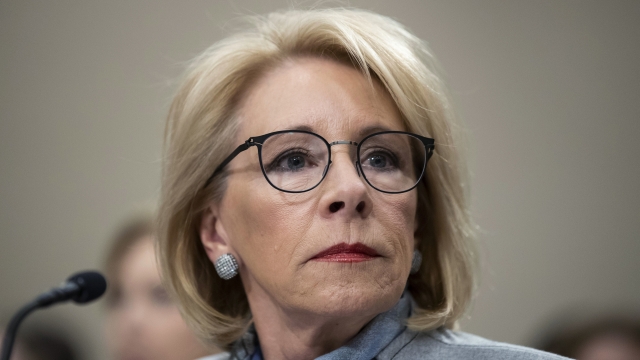 The Department of Education finalized new rules Wednesday reshaping how sexual misconduct cases are handled on college campuses, including giving more rights to those who have been accused.

The department said the new regulations would also provide added support to those making the complaints. Education Secretary Betsy DeVos said colleges will be held accountable in a "meaningful way" and ensure a fair process for both the accuser and the accused.

The rules were changed from Obama-era policy, which DeVos has criticized as creating kangaroo courts with random rules that unfairly favored the accuser.

The new regulations narrow the definition of sexual harassment to conduct “so severe, pervasive, and objectively offensive” that it prevents the targeted student from continuing their education. It will also require colleges to hold live hearings allowing the accuser to be cross-examined and have their credibility tested, according to The New York Times.

The new law classifies stalking, dating violence and domestic violence as forms of sexual harassment that schools must investigate. The new rules go into effect in August.