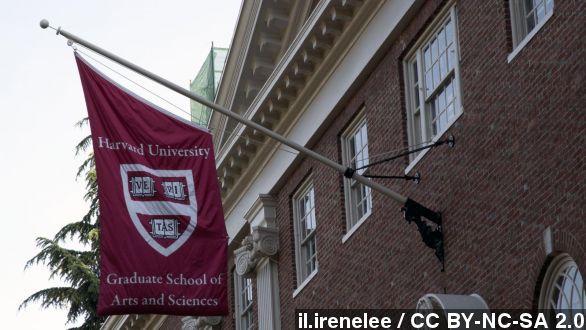 U.S. News & World Report has been ranking colleges for the last 30 years, and it feels like Harvard, Princeton and Stanford have been playing round robin with the top three spots just as long.

PRESIDENT OBAMA: " ... rate them on who's offering the best value so students and taxpayers get a bigger bang for their buck." (Via The Wall Street Journal)

But with more than $1 trillion in student loan debt hanging over the American public, existing college ranking systems like U.S. News & World Report are falling under heavier scrutiny.

Enter Money Magazine's 2014 just-released college ranking list. Unlike the U.S. News list, this one is based more on return on investment than prestige and acceptance rate.

The 655 schools on the list are ranked on educational quality, affordability and alumni earnings.

"Our goal: to give students and parents a much better indication of which colleges will provide real value for their tuition dollars and enhance a student's earning potential."

And with a different scale comes different results. While Ivy League schools such as Harvard and Princeton still made the top 10, so did relatively unknown institutions like Webb Institute and Babson College, which topped the list. (Via Getty Images / Webb Institute)

"Tomorrow belongs to the entrepreneur. Make it belong to you." (Via Babson College)

Babson College in Massachusetts only offers one degree, a bachelor's in business. But according to Money, alums can expect to be pulling in almost $60,000 a year on average five years after graduation, which is $13,000 more than comparable grad schools.

And 90 percent of Babson students graduate within six years. One thing that is worth pointing out, though — Babson isn't cheap. Its cost of a degree is almost $200,000.

Why the discrepancy? Well, the Money Magazine poll looked at 17 different factors all placed in three different categories to determine a final list. For a complete breakdown, you can head to Money's website.

And, as The New York Times points out, at the very least, the Money Magazine list does succeed in providing an alternative to the status quo.

"The mark of a good new college rankings system — or, at least, an interesting one — is a deft combination of familiarity and surprise. Publish a list of nothing but unknown colleges and you lose credibility. Simply replicate the U.S. News hierarchy and you haven't done anything worthy of attention."