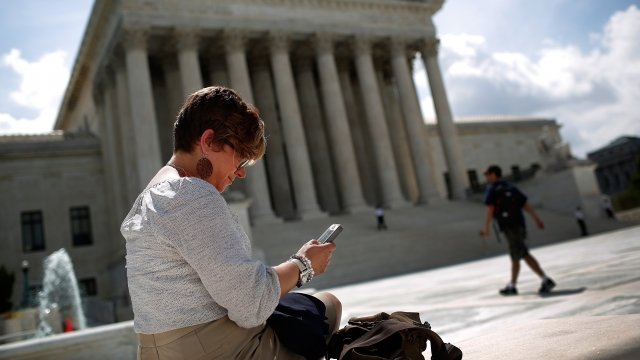 SMS
Supreme Court Smartphone Ruling Is A Privacy Law For The Modern Age
By Evan Thomas
By Evan Thomas
June 27, 2018
The Supreme Court's ruling on cellphone tracking modernizes some decades-old privacy protections and could pave the way for more strict guidelines.
SHOW TRANSCRIPT

Privacy isn't just about our person or our possessions anymore. Now, thanks especially to smartphones, everyday life is online and easy to access. Police still usually need probable cause to search your car or bag, but your cell tower locations have been fair game to collect.

"Just about everything we do gets logged, recorded, collected, deposited somewhere," says Blake Reid, a law professor at the University of Colorado in Boulder.

He says our connected lives now leave a detailed string of digital breadcrumbs behind. Some of it is voluntary. A lot of it isn't.

"I think the sheer scale of the information that we generate in our sort of digital footprint has grown really enormous in the last 20 years," Reid says. "It's hard to get our heads wrapped around what companies are doing with it and what the government might be able to do with it."

That's partly because the courts have relied on case law from when landline phones were still cutting-edge. For decades, courts have supported the Third Party Doctrine: If you voluntarily share information with someone else, you don't have Fourth Amendment protections against having that information searched or seized.

"Your bank account, when you're making financial transactions. Or when you're making phone calls, and the phone numbers you dial. That was actually the facts of the cases the Supreme Court was dealing with back in the 1970s," Reid says.

But more and more information goes through third parties now. If you carry a cellphone, that could even include your location all day, every day.

Now, the rules are changing. In late June, the U.S. Supreme Court ruled that law enforcement needs a warrant to collect location information from cellphones, with only a few exceptions. 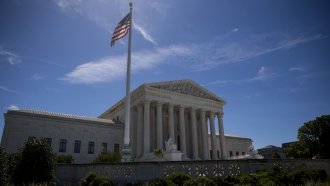 The court says even though phone companies collect constant location data from phones, people have a constitutional right to privacy in those movements. Otherwise, "only the few without cell phones could escape this tireless and absolute surveillance," the ruling says.

That case, Carpenter v. United States, showed the Supreme Court is willing to take a hard look at what digital information should and shouldn't be private — which could bode well for future Fourth Amendment cases. Reid says Justice Neil Gorsuch especially is leaning toward treating data more like property, with all the privacy rules that come with it.

"It's a huge change that's happening, but we won't see the effects until a lot more case law gets developed," Reid says. "I think the exciting thing will be what happens in the next couple of years."