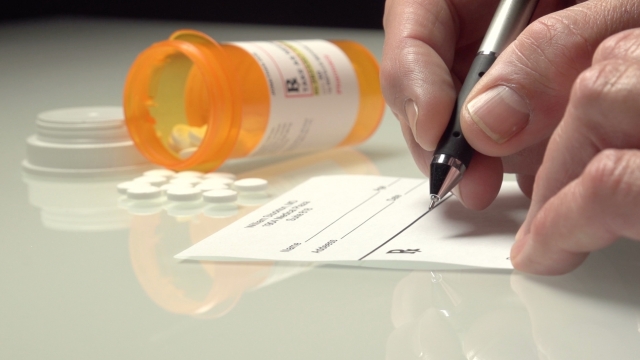 The CDC's recommendations are nonbinding, but they're the broadest measure in place regarding opioid medications.

The U.S. has a prescription painkiller problem, and the Centers for Disease Control and Prevention wants to help put an end to it.

The director of the CDC notes that more than 40 Americans die each day from prescription opioid overdoses and says, "We must act now."

That "action" comes in the form of new recommendations. On Tuesday, the CDC released 12 guidelines aimed at primary care doctors who prescribe opioid painkillers. The "now" piece of that statement is what’s worth exploring.

The opioid "boom" happened back in the 1990s as doctors nationwide recognized chronic pain in their patients and pharmaceutical companies started pushing painkillers.

Fast-forward a couple decades, and drug overdoses killed more Americans in 2014 than any other year in history. The CDC says nearly 29,000 of those deaths involved some type of opioid.

Several agencies have stepped in to try to curb this "public health problem." The Drug Enforcement Administration made moves to limit painkiller access for both patients and doctors, and the White House increased federal spending to curb opioid abuse.

But the CDC recommendations took awhile to come to fruition. The group released a draft of these guidelines late last year and got some backlash — likely from those pharmaceutical companies that were making money off the sale of pills.

Then the CDC held public hearings on the topic — something it’s never done before.

A few months later, the new guidelines are here. While they're not binding, they are the broadest measure in place at this time.

This video includes clips from CBC and C-SPAN and images from Getty Images.