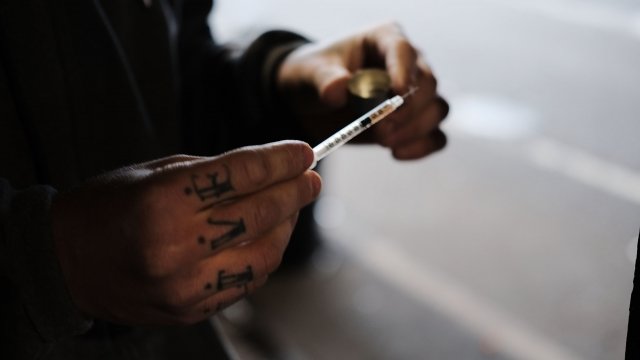 SMS
New Budget Deal Includes Billions In Funding To Fight Opioid Crisis
By Tyler Adkisson
By Tyler Adkisson
February 9, 2018
The congressional budget includes billions to fight the opioid epidemic, but some policy experts worry it's not enough to stop the problem.
SHOW TRANSCRIPT

As part of the new budget deal, lawmakers say they'll spend $6 billion over the next two years to address the opioid crisis.

The bill's language is somewhat vague, but it says it'll move money to existing grants that aim to "improve well-being of families affected by substance abuse." One senator who voted on the bill says he expected a majority of the money to go to border patrol to stop a highly addictive opioid called fentanyl from entering the U.S.

Some policy experts say while the money is nice, it might have a greater impact if most of it went to outpatient addiction programs instead of security efforts. But it might not be enough. Researchers estimate we need at least $12 billion to effectively fight the crisis.

Regardless of how the money is spent, the package is the first major funding that's gone to fight the crisis since the president declared it a public health emergency in October.

The declaration did let the government use money from the Public Health Emergency Fund to fight the crisis, but the fund had only $57,000.

And the executive branch might stall Congress' funding efforts. As of early February, the president's team hasn't nominated a head administrator for the Drug Enforcement Administration or the Office of National Drug Control Policy. The president has pushed to cut the latter agency's budget by 95 percent.