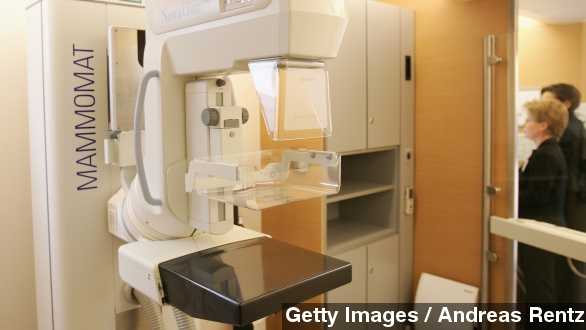 By Christine Slusser
September 30, 2014
In a clinical trial, breast cancer patients lived an average of 15 months longer when they received new drug Perjeta along with Herceptin.
SHOW TRANSCRIPT

Patients with advanced breast cancer were given the drug Perjeta in a clinical trial conducted by Roche pharmaceuticals, which also manufactures the drug. The results were promising.

KTVK: "Clinical studies reveal patients treated with this drug Perjeta lived, on average, 16 months longer than those who were not."

The positive results came when the drug was used in combination with Herceptin.

The study looked at more than 800 patients from 25 countries who had metastatic breast cancer tumors that were HER2-positive. That means it's a type of breast cancer that tested positive for a protein that promotes cancer cell growth.

According to the National Cancer Institute, "These cancers, which produce too much HER2-receptor protein, are a particularly aggressive form of the disease and account for approximately 20 percent of all breast cancer diagnoses."

But as The Guardian points out, Perjeta is expensive.

"A new but very expensive breast cancer drug has shown 'unprecedented' benefits. ... The results will raise the stakes in the battle in the UK over the funding of cancer drugs."

To break it down, Perjeta costs about $3,900 per 420mg vial. To start, patients need double that, then it's one vial every three weeks. The first double dose would bring the total to about $7,800 alone. Then, an entire year's supply would be about $70,000.