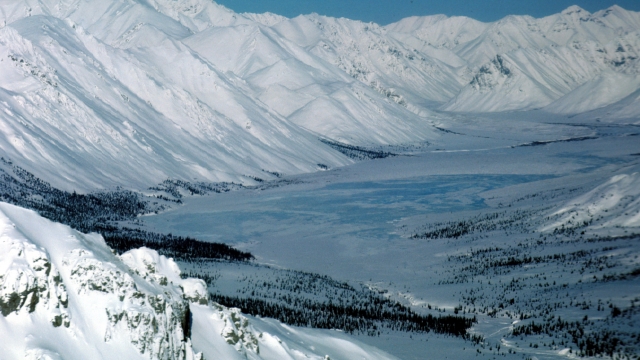 ​The bill aims to repeal a provision of the 2017 Republican tax-cut law that allowed drilling on the coastal plain of the refuge.

A bipartisan group of lawmakers introduced a bill Monday that would ban oil and gas drilling in Alaska's Arctic National Wildlife Refuge.

The Arctic Cultural and Coastal Plain Protection Act would repeal part of the 2017 Republican tax-cut law that allowed drilling on the coastal plain of the refuge. That law says the Interior Department has to hold two drilling rights lease auctions for at least 400,000 acres each within the next decade.

One of the congressmen sponsoring the bill, Democratic Rep. Jared Huffman, said the Arctic Refuge was "one of the last great expanses of untouched wilderness areas in America." He also said the provision about the drilling rights leases only passed "because it was jammed into a larger tax bill, skirting a full, fair and open debate.”

Critics say drilling in the refuge would harm wildlife, exacerbate climate change and violate the rights of the native Gwich’in people, who rely on the land for survival. The ANWR is home to a plethora of wildlife, including caribou, muskoxen, polar bears and more than 130 species of migratory birds.

President Dwight D. Eisenhower first initiated protection of nearly 9 billion acres of the Arctic coastal plain in 1960. Twenty years later, President Jimmy Carter doubled the size of the territory and gave it additional protections by converting it into a refuge. And in 2016, just before he left office, President Barack Obama permanently banned new oil and gas drilling in most U.S.-owned waters in the Arctic Ocean.