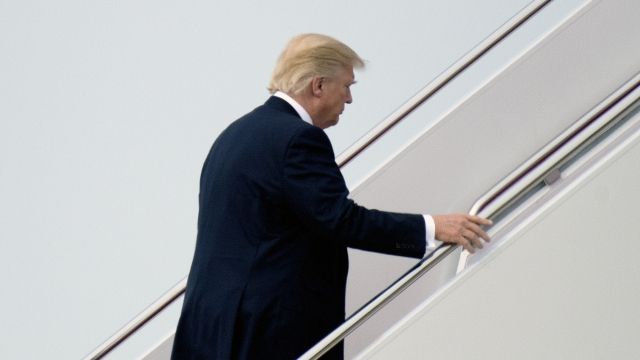 A new bill would make President Trump repay the government for any trips he takes to his resorts to prevent him from profiting off them.

One congressman thinks President Trump needs to stop vacationing at properties he owns — unless he starts paying back the American people.

Rep. Ted Lieu of California introduced the Stop Waste and Misuse by the President Act, or SWAMP Act.

The bill says Trump shouldn't travel to properties he has financial involvement in. Since the government has to pay to board staff and security there, that effectively lines the president's pockets with taxpayer money.

Artist Robin Bell's political work has gotten media attention before. In November, he projected, "Experts agree: Trump is a pig," on the hotel.

Trump has spent a lot of his weekends away from the White House, traveling to his Mar-a-Lago resort in Florida and his golf club in Bedminster, New Jersey.

During his first 100 days in office, Trump played golf at least 19 times and spent 25 days at Mar-a-Lago. The Secret Service spent over $35,000 on golf cart rentals alone.

Don't expect this to become a law anytime soon. Republicans control both chambers of Congress and even if it passed, Trump would have to sign it.