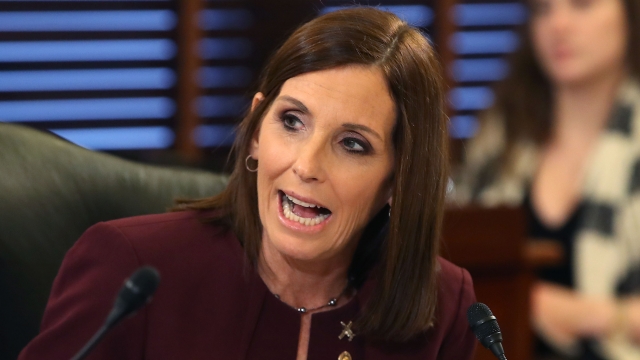 The FBI defines domestic terrorism as "perpetrated by individuals and/or groups inspired by or associated with primarily U.S.-based movements that espouse extremist ideologies of a political, religious, social, racial, or environmental nature." But despite this definition, domestic terrorism is not, in itself, "a distinct federal crime with specific punishments." Because of this, McSally says federal authorities usually end up charging domestic terrorism suspects with other offenses.

As such, McSally's bill seeks to "add specific punishments for acts of domestic terrorism and provide federal law enforcement with new charging options." It would also criminalize politically motivated acts of violence, focus more resources to fight domestic terrorism, and "ensures that the victims of terrorism are properly recognized." The Republican senator said she'll introduce the bill when the Senate returns next month.

In a press release Wednesday, McSally said, "As someone who fought terrorism overseas, I understand the importance of calling out terrorism wherever it is. Domestic terrorism is in our backyard and we need to call it and treat it under the law the same as other forms of terrorism. The bill I am introducing will give federal law enforcement the tools they have asked for so that they can punish criminals to the fullest extent of the law."

McSally's announcement comes less than two weeks after the shooting at an El Paso Walmart left 22 people dead and dozens more wounded. The suspected gunman reportedly told police his target in the attacks "were 'Mexicans.'"