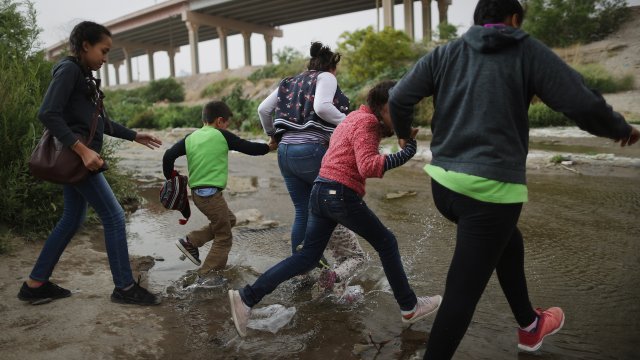 The new Trump administration rule that makes it harder for migrants to seek asylum in the U.S. would likely encourage more dangerous crossings. That's according to experts who spoke to Newsy.

If fully implemented, the rule would immediately invalidate the asylum claims of most Central American migrants who turn themselves in to border agents. And that could push them to cross the border in riskier ways "in order to evade detection," Sarah Pierce of the Migration Policy Institute told Newsy.

McAleenan reasons that the rule will reduce "the incentive for aliens without an urgent or genuine need for asylum to cross the border" because they could no longer take advantage of "a lengthy asylum process that ... enables them to remain in the United States for years."

Pierce and another migration policy expert, Cristobal Ramon of the Bipartisan Policy Center, agree with McAleenan that the new policy could reduce migration flows. But both experts believe an overlooked consequence of the new rule is that "there will still be a large number of people who are going to be trying to come through increasingly risky routes."

Ramon explained further that "individuals are going to try to access and cross the U.S. border in increasingly remote areas along the border that are in the desert and don't have access to water sources."

The White House argues that the new rule could also "reduce human smuggling and its tragic effects."

Currently, the most common way for migrants to seek asylum at the southern border is to cross the border illegally first, with the help of smugglers, and then present themselves to border patrol.

Pierce told Newsy that this "large market of asylum seekers paying moderate smuggling fees" for border crossings would indeed be diminished under the new rule. But she added that "smugglers will probably have a smaller market of migrants interested in paying higher fees to do more complicated crossings."

With that in mind, the full impact of this policy and how many Central Americans cross the border in the future will first depend on the result of two recent lawsuits from civil rights groups arguing the new rule violates U.S. asylum laws.