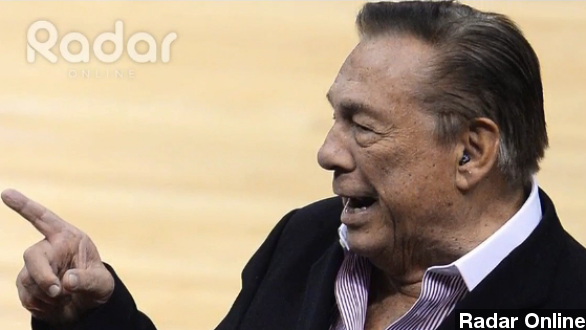 By Briana Koeneman
May 9, 2014
Several media outlets have released audio of what they say is banned Clippers owner Donald Sterling angrily insisting he's not a racist.
SHOW TRANSCRIPT

In a clip posted by Radar Online Thursday morning, a man believed to be Sterling angrily insists to an unidentified listener he's not a racist.

“You think I’m a racist? You think I have anything in the world but love for everybody? You don’t think that!" (Via Radar Online)

The outlet claims it was able to confirm that voice belongs to 81-year-old Sterling, who was banned from the NBA for life and fined $2.5 million last week after audio of him making racist remarks were posted to TMZ.

And ABC also says it has also confirmed the man speaking in the clip was Sterling, though it didn't go into any further detail about how that information was obtained.

NBA Commissioner Adam Silver has urged the other NBA owners to force Sterling to sell the Clippers. But in the newly released audio recording, the man thought to be Sterling says he isn't planning on complying.

"You can't force someone to sell property in America!" (Via Radar Online)​

And Sterling's estranged wife, Shelly, seems to be of the same mindset.

Her attorney told the Los Angeles Times she wants to keep her 50 percent stake in the Clippers, and she's looking to bring in an investment group to purchase her husband's half of the team.

But Clippers coach Doc Rivers said Thursday it would be a "very hard situation" if Shelly stayed with the team. (Via Fox Sports)

"I think it would be very difficult. I guarantee you every person wouldn't be on board with it. Whether I would or not, I'm not going to say." (Via ABC)

Sterling himself has yet to publicly comment on either recording, his ban or the possible sale of the Clippers.