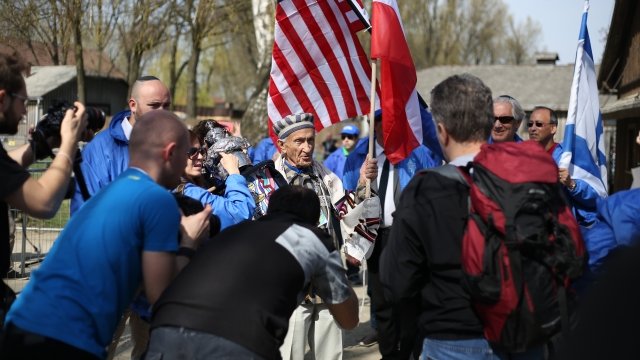 Ed Mosberg lost 60 members of his family in the Holocaust. It's grief he'll never shake; a pain he lives with every day.

Ed Mosberg, 92, has never forgotten the atrocities of the Holocaust. That's because he saw them up close. Nazis tore apart his entire family, sending everyone to their deaths, except for him. He's spent decades telling his story so they will never be forgotten.