Man Arrested On Suspicion Of Stabbing 3 Teens In The Netherlands 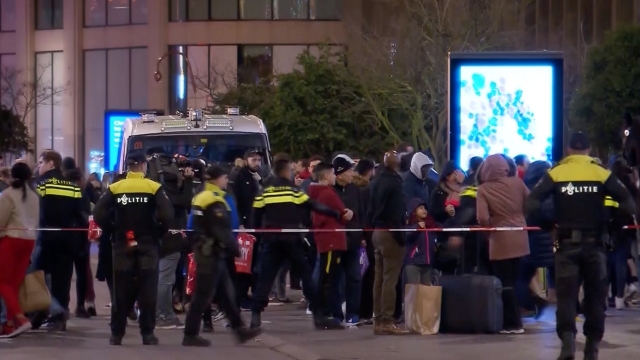 One man has been arrested for allegedly stabbing three teenagers during Black Friday shopping in the Netherlands.

Dutch police say the stabbing took place in a crowded shopping area in the city of The Hague. People began to flee the scene when they realized what was happening.

The suspect is described as a 35-year- old homeless man. The victims, two 15-year-old girls and one 13-year-old boy, all have non-life threatening injuries and were released from the hospital Friday. The victims did not know each other.

The man was arrested Saturday based on several eyewitness accounts and surveillance footage. Police say they still don't have a motive, but are "keeping all scenarios open."

The Netherlands stabbing incident came hours after a fatal stabbing in London. Two people died, and the suspect was shot and killed by police. The two incidents have not been proven to be connected.