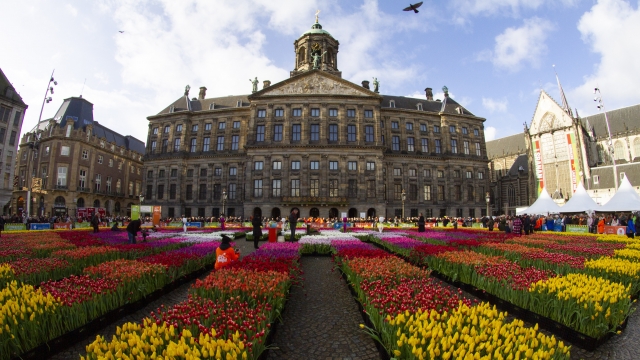 The Netherlands cultivates 77% of the flower bulbs traded throughout the world, but the coronavirus pandemic is having an alarming effect on the industry.

A spokesman for the country's largest cooperative of growers, Royal FloraHolland, told NPR that revenue has dropped 85% since February and flowers are being turned into compost.

He said: "You can't order [flowers] to stop growing. And it's not possible to keep them in storage when they're not sold. So they are lost."

Some of the flowers are being given away in the community so people can enjoy them.

Royal FloraHolland sells about 12 billion flowers and plants each year. It said on its website that it's trying to reduce costs by, in part, dipping into an emergency fund so it doesn't have to lay off employees. It also said there would be a proposal for emergency aid to the floriculture sector during a European Ministers of Agriculture teleconference on Wednesday.