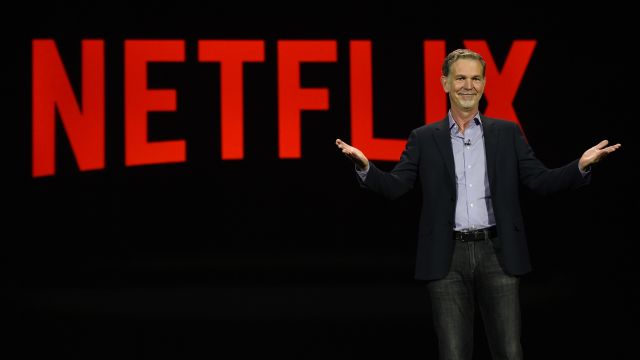 SMS
Netflix Will Make Everyone Pay The Same Amount For Service Next Month
By Grant Suneson
By Grant Suneson
April 7, 2016
Netflix is evening out prices on its standard streaming service next month. Those who subscribed before May 2014 pay $7.99, while others pay $9.99.
SHOW TRANSCRIPT

Early Netflix adopters will soon have to pay as much as everybody else for their streaming content.

Starting in May, Netflix’s standard streaming plan will cost $9.99 a month for everyone. As of now, people who subscribed earlier than May 2014 got to keep their old price of $7.99.

Financial company UBS estimated around 17 million users will have to spend the extra $24 per year. That’s a little over a third of Netflix’s U.S. subscriber base. That is, if they decide to stay.

Forty-one percent of customers surveyed said they wouldn’t accept a hike, but only about 3 percent of users are expected to actually leave because of it. Presumably because they still haven’t watched "Narcos" yet.

But those opting to leave Netflix in favor of traditional TV outlets may be in for a rude awakening. Some of the largest cable and satellite companies nationwide are also raising prices.

Customers of DirecTV, AT&T U-verse, Time Warner Cable, Comcast and Dish Network will all see their bills go up by at least $2. So no matter what you watch, it’s going to cost more.

This video includes clips from Netflix and AT&T and an image from Getty Images.