Netflix To Reboot 'Lost In Space' For Family Audiences 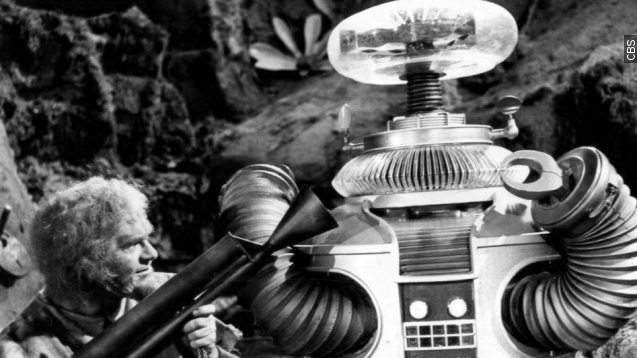 More than 50 years after its original premiere, Deadline reports that it looks like "Lost in Space" is getting a reboot on Netflix. (Video via 20th Century Fox / "Lost in Space")

"You, Bubble-headed Booby, do you realize what you've done?!" Dr. Smith yelled at Robot.

Don't worry, this could end up being a pretty good reboot. And it likely won't be the same as the "gritty" '90s era take on the story.

"I wonder what it'll be like to jettison your body into deep space," says Penny Robinson.

"Do they have a name for what's wrong with you?" asks Will Robinson.

Yikes. Danger, Will Robinson. I'm not saying that version was bad — it was just missing that original campy, family appeal.

Deadline writes, "At Netflix, 'Lost in Space' is said to be part of a push in the arena of big scale, four-quadrant family entertainment."

So even though Netflix's dark take on "Daredevil" was awesome, "Lost in Space" probably won't be getting the same treatment. (Video via Netflix / "Daredevil")

There's no date for when the reboot will launch, but there is one thing we can be sure of: Robot B-9 will be on board when the Jupiter 2 takes off. (Video via 20th Century Fox / "Lost in Space")