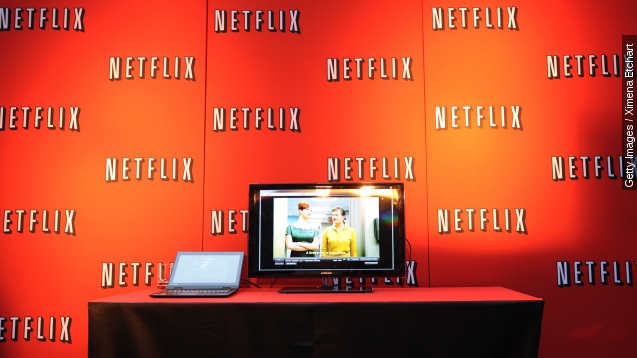 SMS
Netflix Says It Can Get Your Kids To Bed In 5 Minutes
By Leah Becerra
By Leah Becerra
November 4, 2015
Netflix has a plan to help you get the rugrats to sleep, and ... surprise ... it involves watching Netflix.
SHOW TRANSCRIPT

Netflix has a solution to make kids' bedtime less of a hassle for parents — and it, of course, involves watching Netflix. (Video via Walt Disney Studios / "Monsters, Inc.")

The company launched a small collection of "Dinotrux 5 Minute Favorites" on Wednesday. And just like the name of the series suggests, each episode lasts five minutes. (Video via Netflix)

So, parents. Here's what you do: Tell your child that he or she can watch an entire episode of "Dinotrux" before bed. They will agree, of course, because what kid wouldn't? Well, unless they're not into trucks ... or dinosaurs.

Since the episode is only five minutes long — that's 300 whole seconds — bedtime will be there in no time. (Video via Netflix)

This plan is smart, and Netflix did a survey to back it up. The company found there are a lot of bedtime stallers out there. And that out of the 7,000 parents who responded, some spend up to 20 minutes negotiating with their kids. (Video via Netflix)

So, think of these 300-second episodes as a way to shorten that negotiating time and skip all the way to a truce.

Assuming that you let your kids get away with these types of shenanigans and that watching TV before bed isn't a big deal in your household, Netflix's plan could totally work. (Video via Netflix)