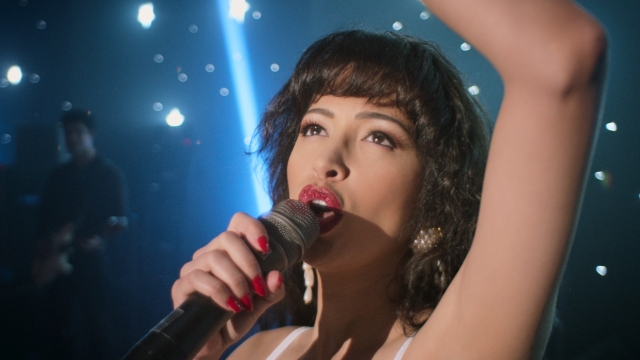 The first season of Netflix's highly anticipated "Selena: The Series," about the Tejano musician Selena Quintanilla who was murdered in 1995, is holding steadily as Netflix's top title in the U.S. Released last week, the biopic was produced by the Quintanilla family and has been praised for being both Latino-led and Latino-created.

But amid the buzz is both criticism from long-time fans of the artist and a conversation about what it means to support representation in Hollywood.

Entertainment journalist and critic Yolanda Machado: "I am one of the few that actually got to hear her music when she was still alive. I was about 15 when she passed."

Entertainment journalist Yolanda Machado is among several critics of Netflix's biopic. In her review for Elle, she pointed out how the musician has been sidelined as a flat supporting character without any agency over her career. Instead, the new series focuses on Abraham Quintanilla, Selena's father and manager, who co-produced the Netflix story.

Machado: "I do think that this is a lost opportunity to introduce Selena to a new audience."

Similar to Machado's review, much of the criticism of the series also acknowledges the lack of representation of Latinos in the industry.

Machado: "It is very hairy, because as a critic, I have been met several times with other Latinos saying 'Well, why'd you give it a negative review? It's Latino-led or Latino-created."

Stacie de Armas, senior vice president of diverse insights and initiatives at Nielsen: "If you are a young Latina, your chances of seeing another Latina that looks like you on television are very low. In fact, overall, it's just about 2.5%."

New research from Nielsen expands on this by highlighting not just the statistics of on-screen diversity, but also providing the context with which different demographics are represented.

De Armas: "For Latinas, these themes that they see when they see themselves on TV are dysfunction, melodramatic, emotional and police stations. These were among the top of all the descriptors tagged to the programs where Latinas were present and Latinas were watching."

Machado: "We have so many stories to tell. We need to be able to criticize them fairly, to allow them, if they're not great, to say they're not great and still get a chance to create more stories. Because only then are we really representative."

Selena’s sister Suzette Quintanilla says there will be no apologies coming and describes the show as the story of a Mexican American family who worked hard and never gave up.

But ahead of part two of "Selena: The Series," which will likely be released in 2021, Machado hopes the Quintanilla family listens to the criticism and brings the iconic artist back to the forefront of her story.