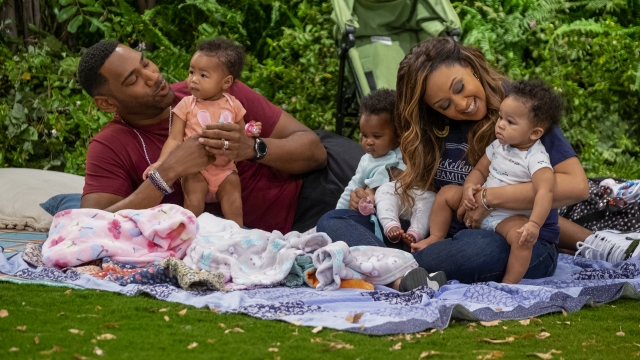 Netflix's "Family Reunion" is a fish-out-of-water sitcom about a family that moves from Seattle to a small town in Georgia. The series just won the NAACP Image Award for Outstanding Children's Program.

Meg DeLoatch, creator and showrunner of "Family Reunion": "I wanted this show to be a love letter to my community. I really wanted to depict a Black family honestly and have them be fully realized characters who were not necessarily perfect, but eminently lovable."

With credits in "Family Matters," "One on One," "Raven's Home" and "Fuller House," executive producer and screenwriter DeLoatch is a veteran of family sitcoms. Speaking on the push for diversity and representation in Hollywood, DeLoatch said she hopes "Family Reunion," which has an all-Black writers room, can add more authenticity to the genre.

DeLoatch: "A lot of the stories that are told about families, maybe they won't be brand new, they'll just be told from the perspectives of people that we haven't necessarily heard from."

There’s room to grow. A recent McKinsey and Company report found that in 2019, Black actors made up 14 percent of the leads on cable programs, less than 12 percent on broadcast, and less than 5 in streaming.

DeLoatch: "It's not just for Black people, of course, it's for everyone. It's about holding us up and showing that we have history, we have value, and that this is a family anybody would want to be a member of."