Netflix's Devious Plan To Keep You Binge-Watching On The Go 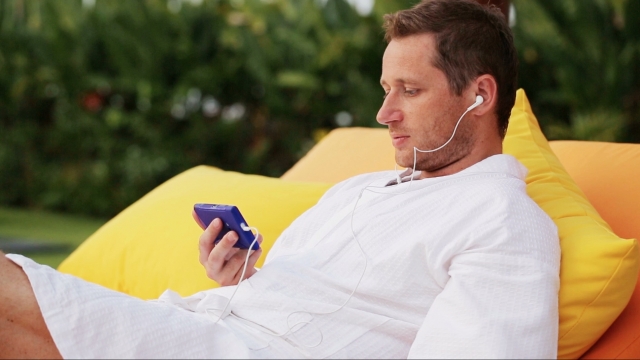 SMS
Netflix's Devious Plan To Keep You Binge-Watching On The Go
By Cody LaGrow
By Cody LaGrow
February 24, 2016
The streaming giant added a feature to its apps to entice you to watch more of its mobile content longer.
SHOW TRANSCRIPT

As if you weren't binge-watching Netflix enough from the comfort of your living room, the streaming giant is making it easier for you to do the same thing while you're on the go.

Netflix launched a new version of the app for iPhone and iPad, where when you're finished watching an episode — of say,  "Orange Is The New Black" — the next one will auto-play.

It's an effort to get mobile users to stay in the app longer — maybe longer than some of the ladies in orange are staying in Litchfield. If you're on Android, Netflix says your updates are coming later this year.

And if you've ever been watching Netflix on your phone when your train is stalled and you're not on Wi-Fi, and then get that text alert that 90 percent of your data has been used for the month, and it's only the first week of your billing cycle — yeah, Netflix is thinking about you and your "House of Cards" obsession.

Later this year, Netflix's mobile users can expect a new setting where they can stream HD or lower bit-rate videos to save that data for more quality time with Frank Underwood.

So enjoy this push to never break you away from binge-watching "Unbreakable Kimmy Schmidt." When the pinot noir is that good, why would you say goodbye?