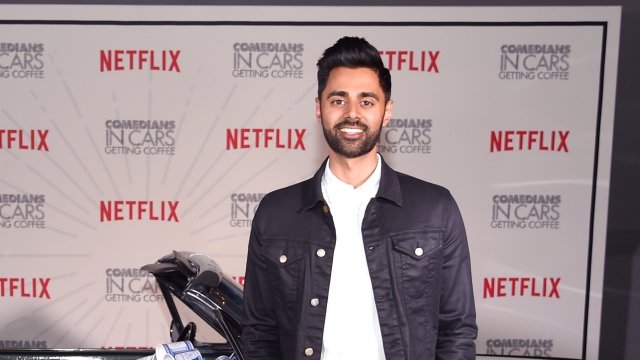 An episode of Netflix's "Patriot Act" with Hasan Minhaj was removed in Saudi Arabia.

In the episode, Minhaj criticizes Saudi Crown Prince Mohammed bin Salman's alleged hand in the killing of journalist Jamal Khashoggi, as well as the U.S.' relationship with the country. Minhaj also says Mohammed bin Salman was "hailed as the reformer the Arab world needed, but the revelations about Khashoggi's killing have shattered that image." He goes on to say the crown prince "is not modernizing Saudi Arabia; the only thing he's modernizing is Saudi dictatorship."

Netflix defended its decision, saying in a statement it pulled the episode after it received a "valid legal request — and to comply with local law."

Saudi Arabia's cybercrime law prohibits the "production, preparation, transmission, or storage of material impinging on public order, religious values, public morals, and privacy" on the internet. The crime is punishable by up to five years in prison and a fine of up to $800,000.

Minhaj responded to news of his episode being pulled, saying, "Clearly, the best way to stop people from watching something is to ban it, make it trend online, and then leave it up on YouTube."

The full episode is still available to viewers outside Saudi Arabia, and parts of it are available on the "Patriot Act" YouTube channel.

Netflix has pulled content in other countries before. The company agreed to pull certain drug-related series in Singapore over their portrayal of drug use.