'Arrested Development' Is Coming Back ... And So Is The Entire Cast 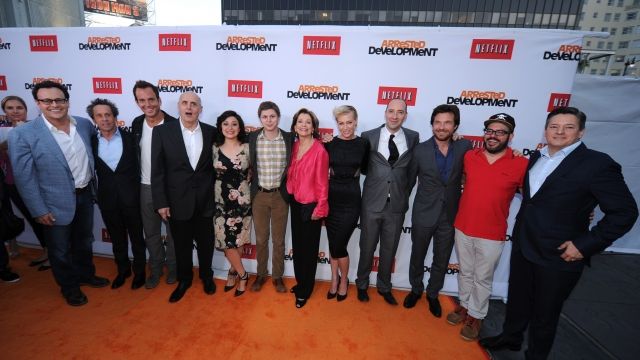 SMS
'Arrested Development' Is Coming Back ... And So Is The Entire Cast
By Ryan Biek
By Ryan Biek
May 17, 2017
The new season is expected to debut on Netflix next year.
SHOW TRANSCRIPT

Fans of "Arrested Development," the wait is almost over. The Bluth family is returning to Netflix.

The fifth season won't hit the streaming service until 2018, but the entire regular cast has signed on.

The streaming service has found a niche in relaunching other networks' past shows, and it all started with "Arrested Development."

It was the first show Netflix ever revived — all the way back in 2013.

Members of the "Arrested Development" cast have been teasing a fifth season for years.

But finding a schedule that worked around all the actors' other projects delayed things.

However, Netflix might find that waiting to get the entire cast was worth it.

In other recent Netflix reboots, like "Fuller House" and "Gilmore Girls," major characters were missing or were barely featured; some viewers said it was distracting.