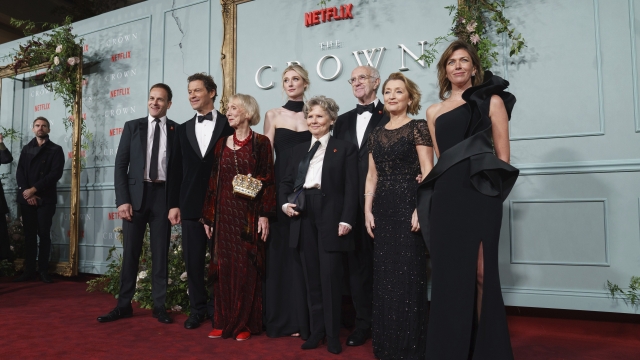 Season 5 of "The Crown" follows the royal family through the 1990s. In part, it covers the breakdown of King Charles' marriage to Princess Diana, when he was the Prince of Wales. It covers the late princess's explosive interview with the BBC's Martin Bashir as well, which he used forged bank statements to secure.

"The 1990s were a nightmarish period to the royal family. There's no doubt that what is to be shown will be embarrassing for King Charles and Queen Consort Camilla," royal commentator Richard Fitzwilliams said. "All of this being rehashed now will be embarrassing, especially since the queen has so recently passed away and Charles is a new king, or relatively new king, on the throne. Some of these episodes, the fact that they'll be rehashed before an audience, many of whom were not alive at the time, will undoubtedly harm his popularity."

From film to TV, Queen Elizabeth II has been the subject of an array of Hollywood projects and actor's lives.

Since it launched in 2016, "The Crown" has been accused of misrepresenting historical events, or even making them up completely.

With season 5 covering events closer to the present day, there's concern that some viewers may struggle to determine what’s fact and what’s fiction.

"I think it can be confusing for people who watch it because I think a lot of mainly younger people think it's serious, and what they watch on TV is for real," a London resident said.

"I feel like you could research anything that you wanted to and you can figure out what is and what isn't real from that," a third London resident said. "If you take everything at face value, most things could be believed to be true when they're not. But we live in a day and age when you can research things and know what is more likely to be true."

Netflix has responded to criticism by adding disclaimers to the season 5 trailer, describing it as a "fictional dramatization" and "inspired by real-life events."

But with season 6 already in production, there are likely to be many more scandals included which the royal family might prefer to remain in the past.