Netflix Doesn't Worry About Ratings, And It Doesn't Have To 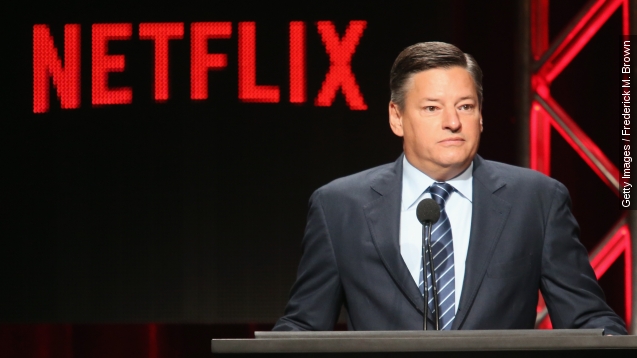 SMS
Netflix Doesn't Worry About Ratings, And It Doesn't Have To
By Ben Lawson
By Ben Lawson
July 28, 2015
Netflix doesn't plan to start disclosing ratings, and it really doesn't have much of a reason to.
SHOW TRANSCRIPT

Sarandos told reporters to stop asking about viewership numbers. He said, "The reason we don’t like propping them against one another is it's not the intent to draw the biggest audience from any given show."

Which sounds like a pretty cool way to look at things. Off-kilter comedies like "BoJack Horseman" probably wouldn't last if the streamer was worried about getting the biggest audience possible.

Instead, it's focused on having something for everyone, and with 65 million subscribers that strategy seems to be working.

It could also be pretty easy for Netflix to ignore ratings.

Traditional TV networks have to keep advertisers happy, and those advertisers like to know as much as possible about whom they're advertising to.

Regardless of whether Netflix makes decisions based on ratings, it does seem weird the streaming company wouldn't use ratings as, at the very least, a bragging point against competitors.

For instance, a new season of "House of Cards" or "Orange is the New Black" would probably pull in enough viewers to blow any ratings from Hulu or Amazon out of the water.

It could be, Netflix's numbers probably wouldn't stack up very well to that of a traditional TV network. Since it's purely on-demand content, viewership across a given time slot or for a specific program really isn't comparable to live TV.

Sarandos did throw the press a bone and said the biggest three shows for the streamer are "Orange ts the New Black," "House of Cards" and "Daredevil." No surprises there.