Netanyahu Slammed For Urging Europe's Jews To Move To Israel 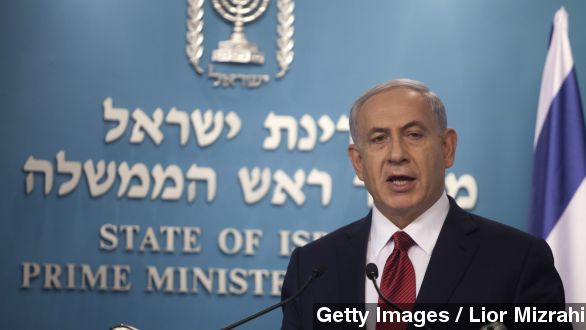 "Israel is waiting for you with open arms."

Benjamin Netanyahu's comments came just hours after a Jewish security guard was killed outside a synagogue in Copenhagen, the second of two deadly attacks there this weekend. (Video via ODN)

Netanyahu's point was that the only place for Europe's Jews to escape anti-Semitic violence is Israel, the Jewish homeland. And that didn’t sit well with a lot of European and Jewish leaders.

Among them, French President Francois Hollande, who said, "I will not just let what was said in Israel pass." (Video via French Government)

Netanyahu's comments also drew a sharp response from the European Jewish Association, which called his remarks "unacceptable," and Denmark's chief rabbi who said he was "disappointed."

Netanyahu — who is is currently campaigning for re-election – made similar comments last month after the Paris terrorists attacks left 17 people dead, including four Jews killed during a raid on a Kosher supermarket.

The Israeli cabinet recently signed off on a $46 million plan to promote Jewish immigration from France, Belgium and Ukraine.

France, which has Europe’s largest Jewish population, has seen an influx in Jews leaving for Israel, a trend in place long before the Charlie Hebdo attacks. In the last year alone, 7,000 French Jews emigrated to Israel — a number double what it was the year before.

On Sunday, hundreds of Jewish graves were defaced with Nazi swastikas and slogans at a cemetery in eastern France, in what the country’s interior minister called a "despicable act." (Video via Euronews)