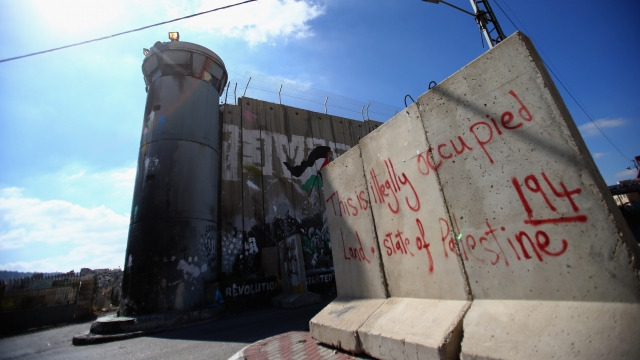 The disputed land is a significant part of the Israeli-Palestinian conflict. Israel controls land as a result of the 1967 Six-Day War. But Palestinians believe the West Bank is theirs and that Israel is controlling those territories illegally.

Israel hasn't officially annexed the territory yet, and there's a complicated history behind who officially controls what. To put it simply: Palestinians see the West Bank as the future independent Palestinian state, but there are about 400,000 Israelis living in West Bank settlements.

This announcement from Netanyahu is stoking the already violent conflict, but many, including some Palestinian leaders, saw it coming. The U.S. recently flipped its policy and said it supports Israel instead of a two-state solution, which some people believe emboldened Netanyahu to move his policy further right.

The timing suggests he could be trying to appeal to right-wing voters, and a political analyst told Al Jazeera it may just be an "election gimmick." The vote is Tuesday, and Netanyahu is neck-and-neck with the more moderate Blue and White party.