Netanyahu's ISIS-Iran Comparison Is Getting Old 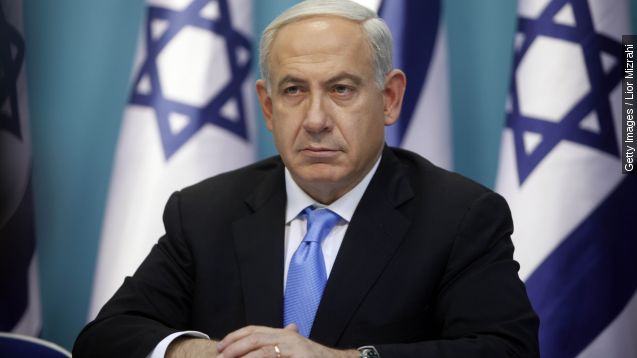 “Imagine how dangerous Islamic State would be if it had armored divisions, fighter-jets and ballistic missiles. Imagine Islamic State building atomic bombs. Well, maybe it’s not that hard to imagine. The Islamic State of Iran. Like ISIS. Just much bigger.”

That message brought to you by the office of Israeli Prime Minister Benjamin Netanyahu.

"Iran and ISIS are competing for the crown of militant Islam … Both want to impose a militant Islamic empire first on the region and then on the entire world,” Netanyahu told Congress in March.

Describing Iran as a bigger version of ISIS is something we hear a lot from the Israeli leader — but it’s wrong.

For one thing, Iran, unlike the self-proclaimed Islamic State, last time we checked, actually is a state.

And then there’s the fact that Iran and ISIS are on opposite sides of the same fight. ISIS, a Sunni extremist group, is fighting Iranian-backed Shiite militia. Not to mention, Iran's allies in the region are sworn enemies of ISIS. (Video via Syrian Presidency)

To summarize: ISIS is bent on growing a transnational Islamic caliphate by whatever means necessary.

Iran, while not exactly a beacon of religious freedom, doesn’t go around slaughtering minorities. It generally tolerates Christians and Jews — at least compared to some of its neighbors. (Video via Office of Iranian President Hassan Rouhani)

But back to Netanyahu. That he’s comparing the two makes a bit of sense — from a political standpoint.

Or, imagine if ISIS drove across Israel’s borders. Yeah… that hasn’t happened and those aren’t ISIS fighters. They’re actors in a Netanyahu campaign ad that suggested a vote for the other party would lead to an ISIS invasion — despite the fact that Israel, best we can tell, isn’t much of a priority for ISIS right now.

But people are scared of ISIS, and Netanyahu knows that. By likening Iran’s global ambitions to the extremist groups, he’s essentially saying, Iran poses just as much of a threat to its neighbors as the jihadists going around chopping off heads.

It’s a last-ditch effort. Nuclear negotiations between the U.S., Iran and five other world powers are now in the final stretch.