Netanyahu: Israel Will Destroy Tunnels, Cease-Fire Or Not 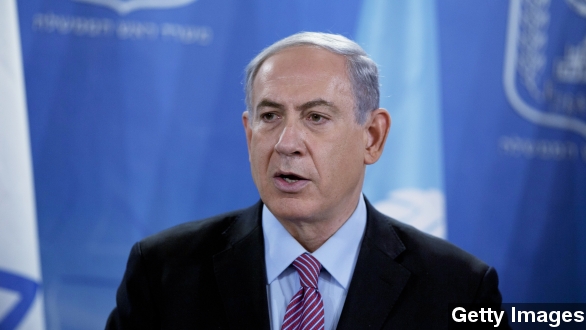 SMS
Netanyahu: Israel Will Destroy Tunnels, Cease-Fire Or Not

​BENJAMIN NETANYAHU, ISRAEL PRIME MINISTER: "Until now, we have destroyed dozens of terror tunnels, and we are determined to finish this mission with or without a cease-fire. I will not accept any truce proposal that does not allow the IDF Army to complete this work." (Via BBC)

The tunnels Netanyahu referred to are dug from Gaza into Israel and used by Hamas militants. Israel Defense Forces continue to point to the tunnels as evidence for needing to continue the latest Gaza offensive. (Via Jewish News One)

Calls for continued conflict and fighting aren't terribly unexpected. Despite recent requests for peace from U.S. President Barack Obama, other world leaders and even the pope, both Israel and Hamas have vowed not to stand down.

But the prime minister's comments during a government meeting at military headquarters in Tel Aviv were undeniably bold, especially in the wake of widespread condemnation against Israel just a day earlier for shelling a United Nations school in Gaza full of refugees. (Via Channel 2, Euronews)

Also Wednesday, Israeli air strikes hit a crowded market near Gaza City, killing at least 15 during what most understood was a "humanitarian pause" in fighting. (Via Al Jazeera)

DAVID BOWDEN, SKY NEWS CORRESPONDENT: "Journalists reporting from the market in the Shuja'iya area recorded the attack as it happened."

Then again, The Jerusalem Post notes Israel military leaders had said the pause in fighting didn't apply to areas where soldiers were actively looking for tunnels.

And after the market air strikes, the IDF posted this video it said shows soldiers clearing houses in the same neighborhood and finding both weapons and a tunnel that led into Israel.