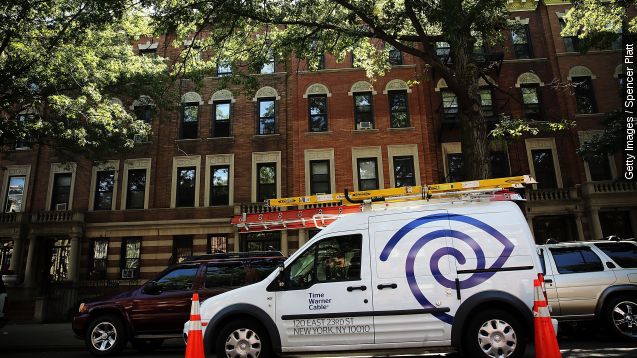 The complaint, which The Washington Post reported in mid-June, is from a San Diego-based company called Commercial Network Services, or CNS.

CNS, a streaming company, alleges Time Warner Cable is violating the “no paid prioritization” and “no throttling” sections of the new net neutrality rules.

“All in favor say, "Aye." Opposed? The Ayes Have It,” FCC Chairman Tom Wheeler said at the net neutrality vote in February.

And there's no paid prioritization, so providers can’t create “fast lanes” — or quicker Internet speeds — for folks who pay more.

Time Warner has said it’s not doing anything wrong though and told The Washington Post in a statement it’s confident the FCC will agree. (Video via Time Warner Cable)

Another statement to The Register said while Time Warner does have arrangement with other network operators that allow for service similar to what CNS wants, CNS simply doesn’t qualify.

The complaint is only informal for now, so it may not end up going to the FCC in the end. If it does, however, The Washington Post’s Brian Fung points out that Time Warner Cable may be right in assuming the FCC won’t find it at fault. (Video via Federal Communications Commission)

That’s because of the “No Paid Prioritization” part of CNS’ complaint. While this only applies to the “last mile” part of a connection — where it's between an ISP and the customer — the CNS is complaining about a connection further up the stream.