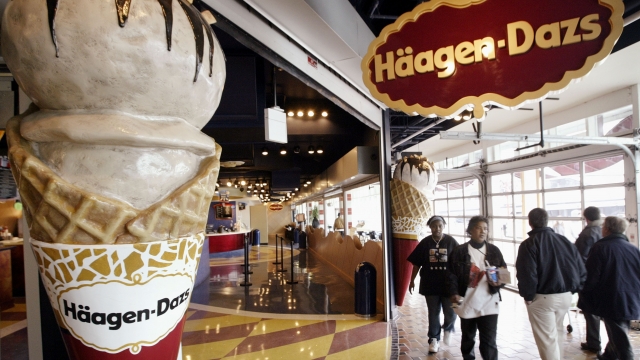 Nestlé is taking its last scoop of the U.S. ice cream business and selling it to a joint venture, Froneri, in a deal worth about $4 billion. Nestlé, which owns brands like Drumsticks, Edy's & Häagen-Dazs, is hoping this will revitalize the business.

According to Euromonitor, the market share for Nestlé's ice cream division dropped from about 19 percent in 2010 to 15 percent last year. But the company is hoping that Wednesday's sale will be similar to a previous successful business move: In 2016, Nestlé and the European private equity firm PAI Partners created Froneri to take over Nestlé's ice cream businesses in Europe. Froneri is now one of the world's largest ice cream companies, spanning 20 countries.

After Froneri brought in $2.95 billion in sales last year, Nestlé's CEO said the company is "convinced that Froneri’s successful business model can be extended to the U.S. market" and it's a "decisive step towards our goal of achieving global leadership in ice cream.”

The International Dairy Food Association says ice cream is an $11 billion industry in the U.S. Americans eat 23 pounds of ice cream each year, which is more per capita than anywhere else in the world. But Nestlé has tough competition from Unilever, whose U.S. market shares have grown in recent years.

The sale to Froneri will close in the first quarter of 2020, after regulatory approvals. Nestlé said it will continue to manage ice cream businesses in Canada, Latin America and Asia.