NeNe Leakes Quits 'RHOA:' 'I Feel A Weight Has Been Lifted' 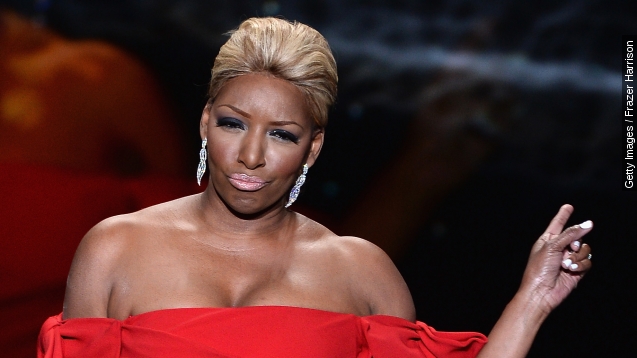 Say it ain’t so! NeNe Leakes is saying goodbye to “The Real Housewives of Atlanta” after 8 years on the show.

The reality queen confirmed the sad news to People Monday. “This was definitely a hard decision for me. … This is my opportunity to spread my wings and do different things.”

And she says she’s excited for this new chapter in her life. She told People, “I feel a weight has been lifted off of my shoulders.” We can’t say we blame her.

Even though NeNe was arguably the star of “RHOA” and one of its founding cast members, she often found herself in the middle of some pretty nasty drama.

“You’re a whore. You done slept with everybody, they don’t want you.” (Video via Bravo / 'The Real Housewives of Beverly Hills')

And even though NeNe’s fans are understandably devastated, they can at least take comfort in the fact that she’s definitely not going away for good. (Video via Buena Vista Television / 'Live with Kelly and Michael')

As a writer for Bustle put it, “It sounds like Leakes has made the right decision for herself, and we look forward to learning more about her future endeavors.”

So, what does this mean for the show and the remaining Atlanta housewives?

As you’ll recall, Claudia Jordan is also leaving the show, and Bravo has yet to announce who will join Cynthia Bailey, Kenya Moore, Kandi Burruss and Porsha Williams for season 8. (Video via Bravo / 'Watch What Happens Live')

On average, “RHOA” nearly doubles the ratings of the other “Housewives” franchises. But it’s unclear if NeNe and Claudia’s departures will throw those numbers off.

But sudden goodbyes seem to be a trend across all the “Real Housewives” shows. “Beverly Hills” star Kim Richards was reportedly booted as a full-time cast member earlier this month. And just last week, sources claimed Brandi Glanville was also fired from “RHOBH.” (Video via Bravo / 'The Real Housewives of Beverly Hills')

Well, one thing we know for sure — NeNe Leakes will definitely be missed. As the queen herself would say …