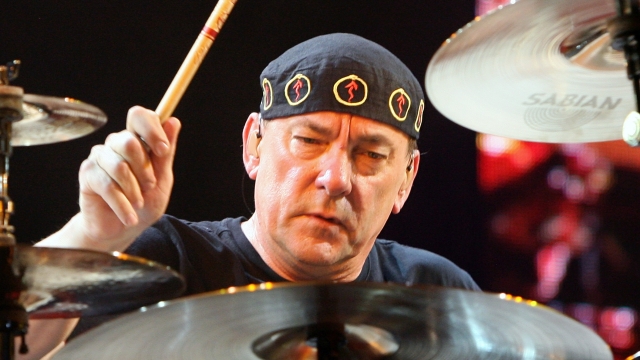 Neil Peart, the revered drummer and lyricist for the rock band Rush, has died. He was 67.

Peart passed away on Tuesday in Santa Monica, California. The cause of death was brain cancer, according to his spokesman, Elliot Mintz.

In a joint statement released on Twitter, his band wrote: "It is with broken hearts and the deepest sadness that we must share the terrible news that on Tuesday our friend, soul brother and band mate of over 45 years, Neil, has lost his incredibly brave three and half year battle with brain cancer ... Rest in peace brother."

Rush was formed in 1968, but it wasn't until Peart's arrival in 1974 that the band hit its creative peak and became an essential group of the classic-rock era. Following a career with Rush, which produced more than a dozen platinum albums, Peart retired from performing in 2015. The band was inducted into the Rock and Roll Hall of Fame in 2013.

Peart is survived by his wife, Carrie, and their daughter, Olivia Louise Peart.